She had asked him if he was a good person

He had stumbled because deep down he truly believed

The truth however is

That we all grow mossy green atop decomposing things

We’d rather mourn than resurrect

He leaned against the chain link fence

Quietly rolling and turning these words around his mouth and mind

They sounded and felt so correct – his eyes grew wet

At the thought of his own grizzly reaper

Rising, defying the weight of soil intent on mowing down

This recent crop of kindness, honesty, and sincere intention

Cast your bread upon the water…

He constantly worried and wondered if there be

Regrets set into motion such a short lifetime ago

The sky broke blue as he reached the water’s edge

Despite the recent change he squinted

Tracing the arc of color beyond the falling rain

Finally fully recognize the true sum of his life’s deeds

And discover just how close he truly was to being

The good person he believed himself to be

Would he easier bear the sight

Of graceful good fortune waiting just beyond this moment

Or find a more substantial sliver of solace in the familiar

Reflection of more loss marching in his direction?

He blinked the thought away

Realizing of course, that this was a strictly academic exercise

He closed his eyes and carried on as he had before

Believing he was indeed still growing mossy green upon the shore

Continuing to cast fresh bits of bread into the waves

The poem is based on a real conversation and everything here is a reflection of my thoughts at the time. I had been released from a mental health and addiction treatment facility about a year earlier. This is me attempting to build new and healthy relationships, and being asked "if I was a good person". This is me carrying a lot of guilt for my past behaviors. This is me holding myself accountable and giving myself permission to forgive myself. To know that I am indeed a good person. The whole thing can be distilled in the line: "We all grow mossy green atop decomposing things we'd rather mourn than resurrect." To me, it is a poem to myself. The casting bread into the water theme acknowledges the mouldering loaves (bad deeds) I had cast into the world in my past and the fear that one day they may return to haunt me. This is me realizing and affirming that the current "bread" (deeds) I had been casting into the world since re-defining myself has been good and healthy, so it is not necessary to fear my future anymore. Live in the moment. Be mindful. Forgive yourself. Allow yourself to be loved. 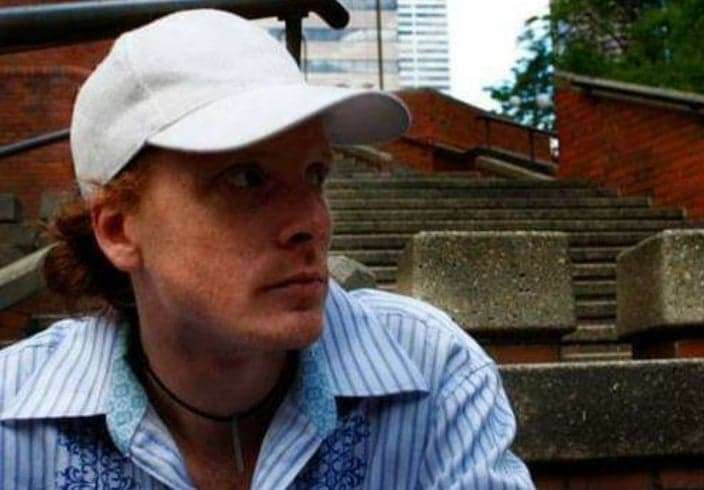