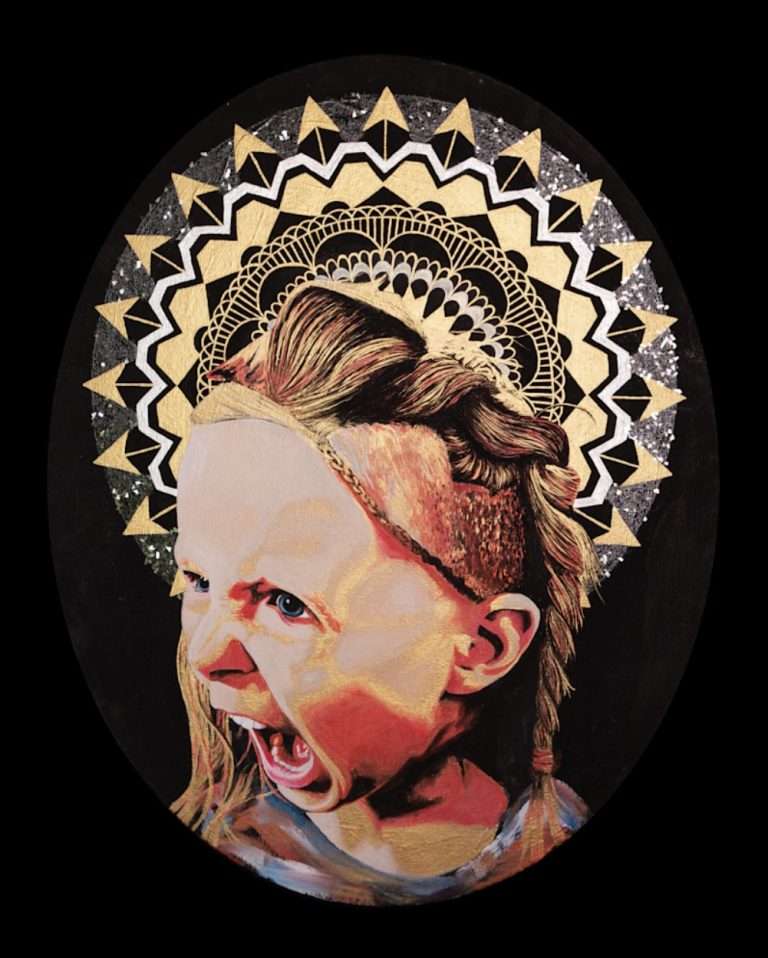 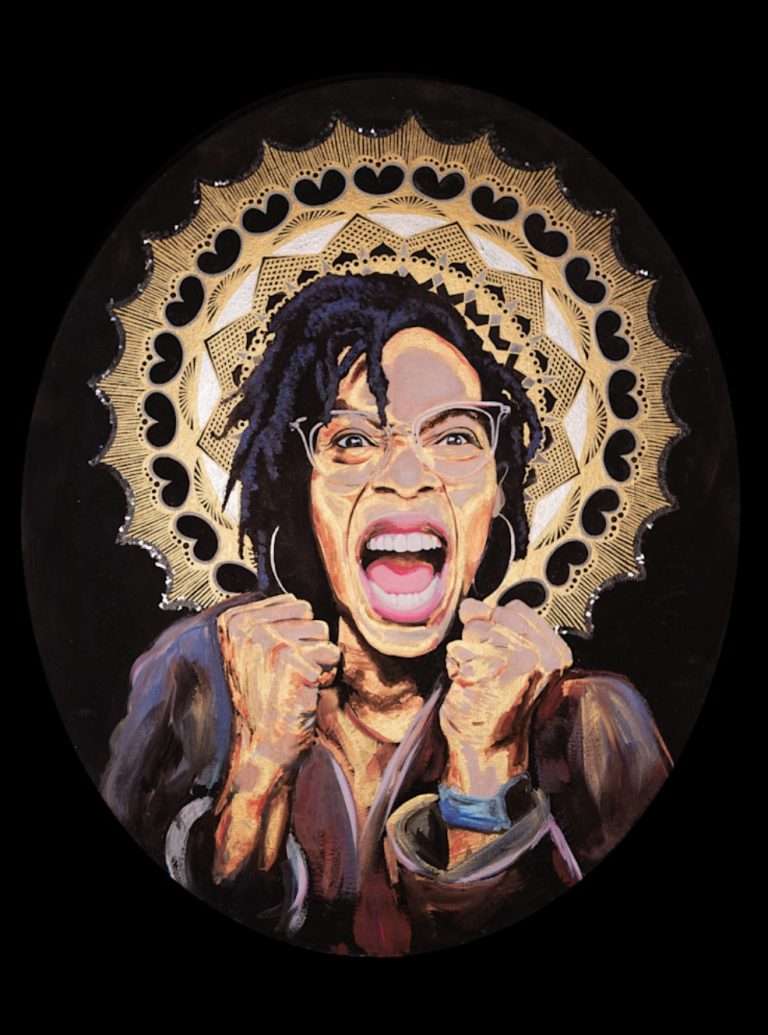 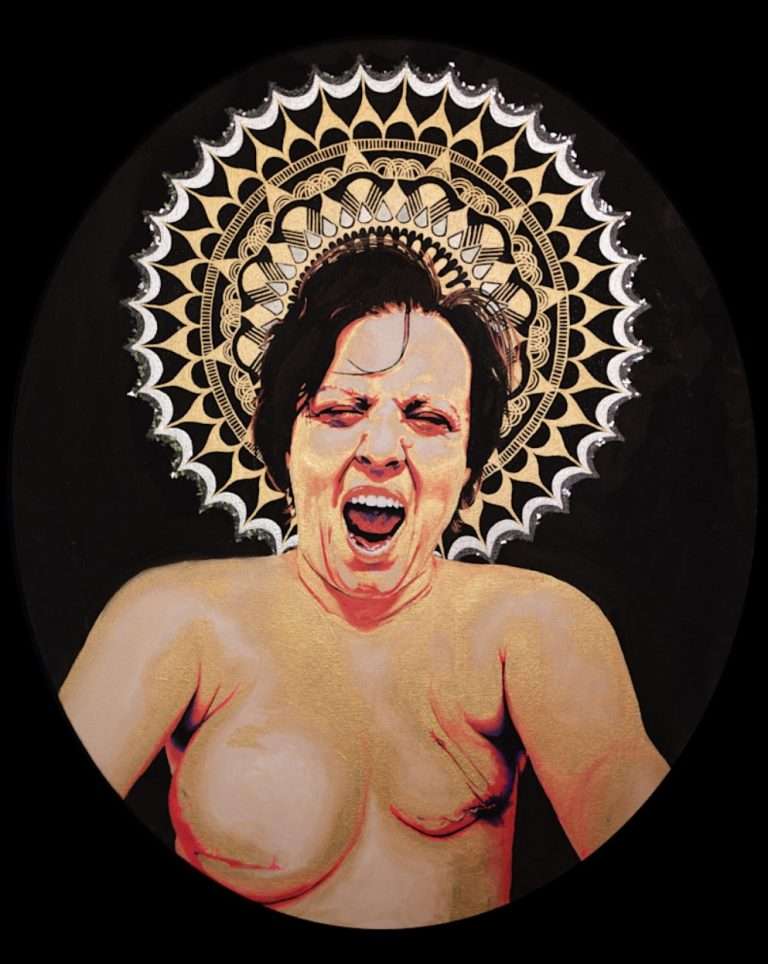 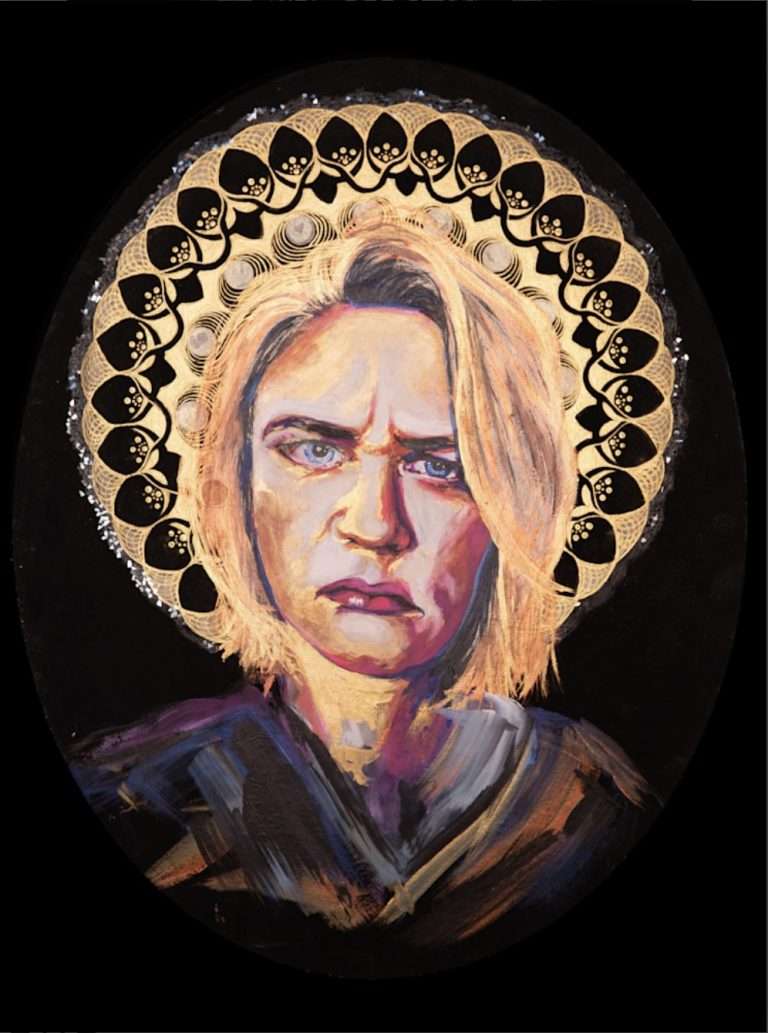 I paint because I love the challenge of getting an expression right, and I have so much fun doing it. I wanted to take that skill and celebrate women’s anger. For centuries women have been silenced by shame, by institutionalization, by being burned at the stake. We have come a long way because our sisters before us used their anger to fuel action into change. I feel it is our responsibility to use our anger to create change for our sisters that will come after us. Transforming everyday women into dark matrons of rage has been exhilarating. I have the privilege to speak with each woman at length. I need to know what they are the maddest about, and what are they doing, or want to do to bring about change. I create an affirmation with the responses of each woman. I take that affirmation and weave it into the mandalas using sigil work, a form of symbol magic. Giving each woman their own crown full of power shows them as the Goddesses that they are. They change everything they touch and everything they touch changes. We must release ego attachments, connect with hidden wisdom, and take dynamic action to heal conditions of unfairness and oppression. 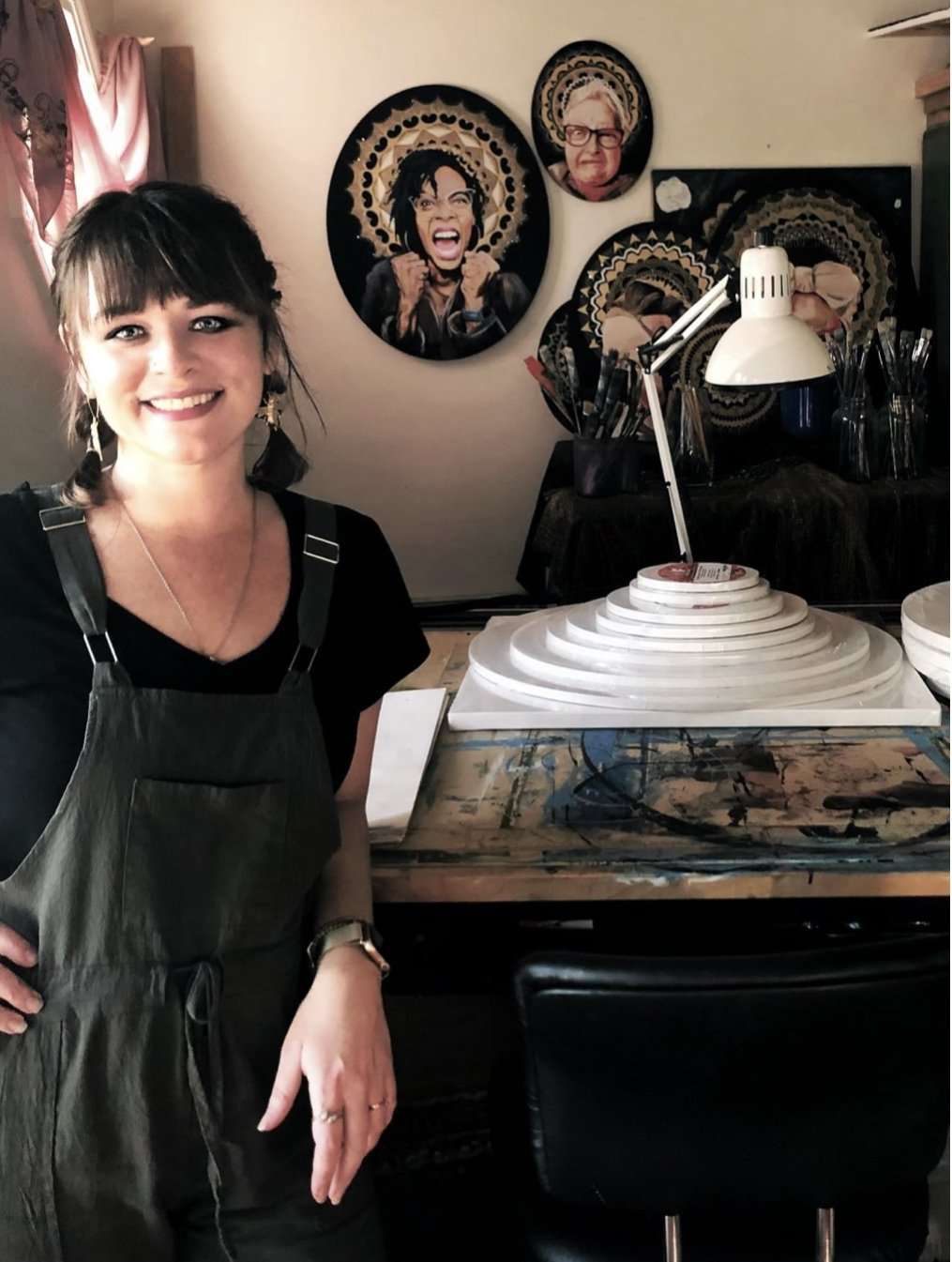 Born in Kentucky in 1986, Kara is an established painter whose work exhibits attention to detail and captures her subject’s emotion, as well as the power of affirmation. Kara has been drawing and painting since she has been able to hold a pencil. While attending high school in Louisville, KY, she was known to skip classes in favor of spending time in the art and photography studios. She credits the art and photography teachers for encouraging her drive to pursue a career in art. She attended Murry State University to study photography in 2004. There, she cultivated her eye for composition as well as technique in two dimensional and three dimensional media. Kara now works primarily in acrylic on canvas and will occasionally reach for her watercolors and ink.

Kara’s work has been shown in several group exhibitions, private collections, and has completed commissions for businesses, as well as personal collectors. She taught painting for nine years and was an artist for the Jack-o-lantern Spectacular in Louisville, KY, for six years. She is now a full-time artist staying busy with her work to normalize feminine anger.

#LivetoTell women’s stories. Their hurt and their anger. I want to take that pain and turn it into something beautiful and inspiring by showcasing their power.