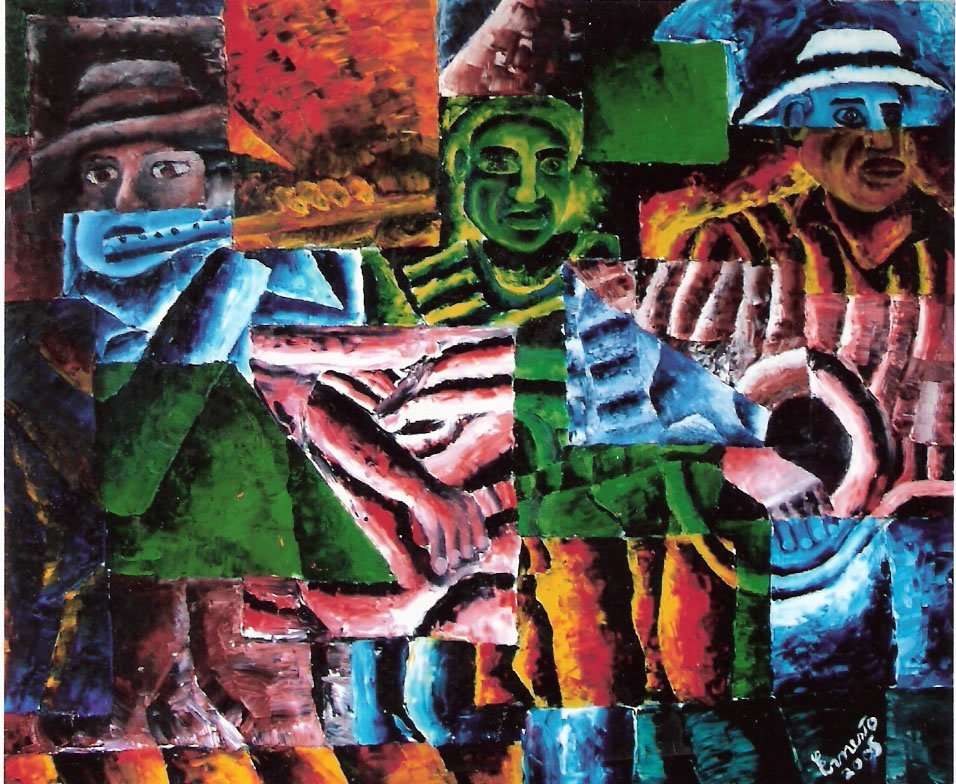 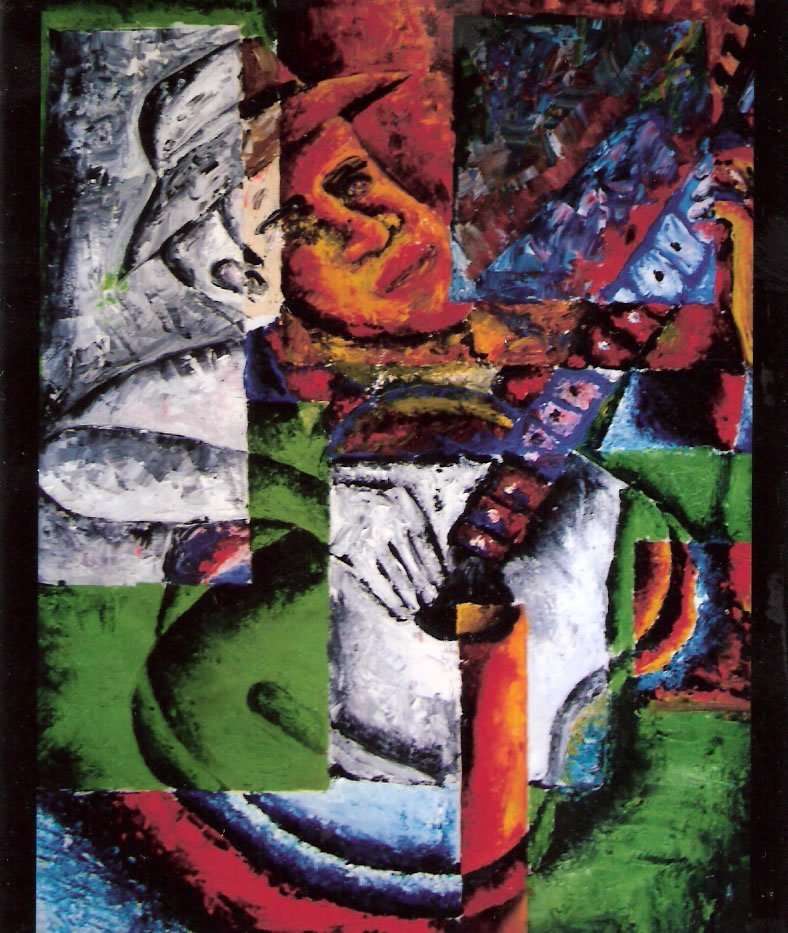 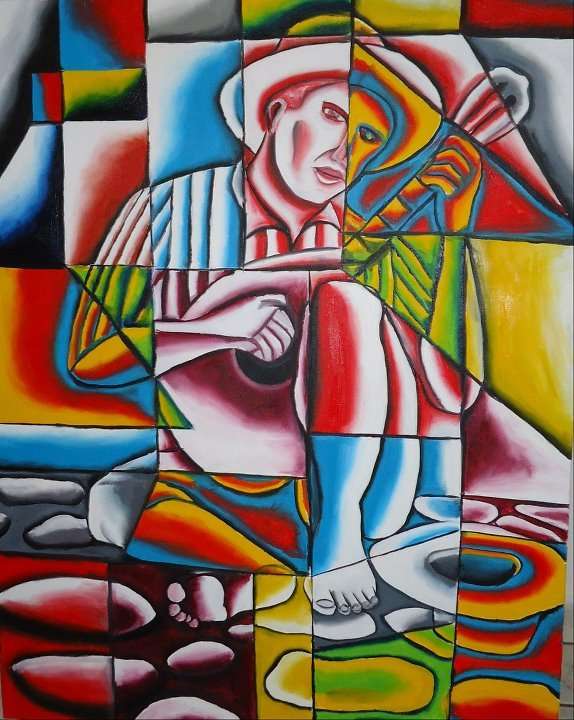 I always observed the musicians, the way they find in music a way to express their most profound feelings through the melody. When I created this painting, I had the intention of singing a song that came from the bottom of my heart. That song was not played nor sung, nor did it have a musical instrument playing, but yes a paintbrush and colors, the colors of melancholy and depression. “I live to tell through art because it is the cure to my depression.” 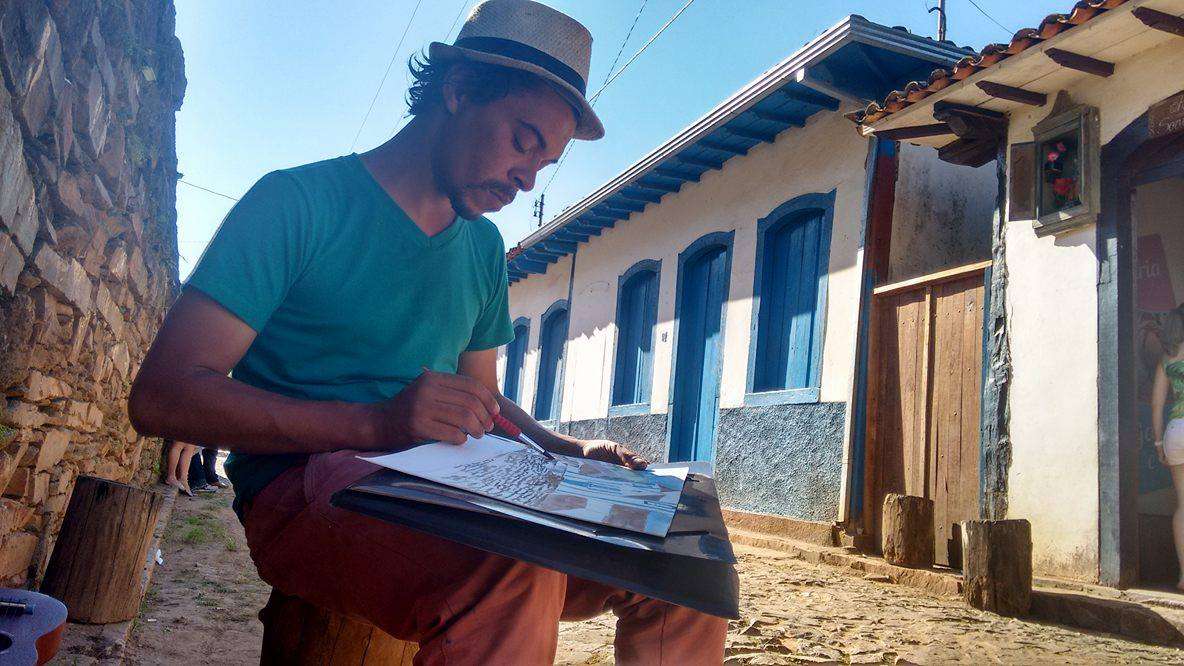 Ernesto Alves de Almeida was born in Ferreirópolis, Vale do Jequitinhonha, Brazil. He migrated with his parents to São Paulo at the age of three, and grew up in the quiet cities of the interior of São Paulo, Monte Mor. At the age of thirteen Ernesto Alves began studying at the Casa Paroquial de Monte Mor. He discovered that art was a door to the new — to glimpse new social and cultural contexts, to glimpse various artistic techniques and concepts, to improve his art. He moved to Indaiatuba SP, at the age of fifteen, and working in the night bars, he had contacts with bohemians and musicians. Under the influence of this universe of intriguing lives and “drunken smiles” he would start to portray the nights and the people who live there. In 2006 he moved to Canada in order to expand his perception through other languages and experiences with new culture. After three years in Canada he returned to Brazil, and in 2010 he was invited to study at the Higher Institute of Fine Arts in Morocco. He received artistic instruction, and in 2011 he had a 4-page story in the German artistic magazine Prond, earning international acclaim. Ernesto Alves confronts the contemporary scene, with the rescue of the lost artistic values of painting, based mainly on the great masters, for him an inexhaustible source of knowledge. “For me, contemporary art is decadent and needs this injection of culture” says the artist, who looks to the great masters like Leonardo da Vinci, Rubens, and Lucian Freud for his main artistic influences.