Philadelphia native and significant presence in the Philadelphia music scene, Major Van Winkle, died by suicide in September of this year. Major’s friends knew they wanted his music and memory to inspire others. But how?

“I’ve known Major since we were 12,” shares Erin McElroy. “We have a big group of friends that grew up together in the summers in Sea Isle City [NJ] and we are very close. Through all of our stages of life, we’ve stuck together. Our friendship is resilient.” Major’s loss is felt all the more deeply because of this. “Whether you knew him since you were 12 or for 12 minutes, Major impacted your life.”

As an ICU nurse treating COVID-19 patients and living in San Diego, it was impossible for Erin to return to Philadelphia for Major’s memorial service. This weighed on her, “I knew I wanted to do something to honor Major and what he means in my life.” Erin’s always been a runner so her thoughts immediately went there, to organize a run and raise money for a charity that works to prevent suicide.  Erin took to her social media and wrote, “‘For every person who runs I’ll pay $10 to suicide prevention.’ Then, I waited.” She had a list of seven people taped to her fridge, thinking those were the people she could count on to join her.

Michaela Shea and Major knew each other since high school. Late last year, that friendship took a turn. “He’d been my boyfriend for the last nine months before his passing,” shares Michaela. “From day one, Major was a bright light. He was the kind of person who asked how you were and genuinely wanted to know the answer and would always actively listen. He connected with others in an unprecedented way that always moved and moves me to be more open, kind, and accepting.”

Michaela lives in Philadelphia. Erin was in San Diego planning a run. A mutual friend knew the two would want to help each other remember Major and connected them. “Michaela was really important in Major’s life and I knew her love for him had to be included in what I was doing,” Erin tells us.

“When Erin started planning this run, she was looking for the right nonprofit to send our donations,” shares Michaela. “She wanted to choose a Philadelphia-based nonprofit since Major was so connected to the Philly community. Minding Your Mind was the first organization that came to mind for me.”

Minding Your Mind had presented at Michaela’s school when she was growing up, to both students and parents, and that changed Michaela’s life. “I’ve personally benefitted from your programs and the education you provided my parents helped me through a really dark time in my life,” she says. “I love Minding Your Mind because of the proactive approach to identifying and managing mental health issues. I also appreciate that Minding Your Mind’s programs extend to educators and parents, which is crucial in supporting kids in their mental health journeys.”

Once Michaela mentioned Minding Your Mind, Erin was all in, “Minding Your Mind presented at my school, too, and I’ve attended A Celebration of Life: Philadelphia. It was exactly what I had in mind.”

By working with Michaela, Erin’s list of seven friends and social media invitation grew to more than 350 people from all over the world joining what became the MVW13 Coast to Coast Half Marathon. The only rule for participating? “You had to listen to Major’s last album while you were running, biking, walking, whatever,” Erin laughs. She pauses, then says, “He poured his heart into that last album, and now that music made it to countries and random cities all around the world, just like he was on tour again.” She laughs more, “He’d say ‘That’s dope!’ I can hear him saying it now.” 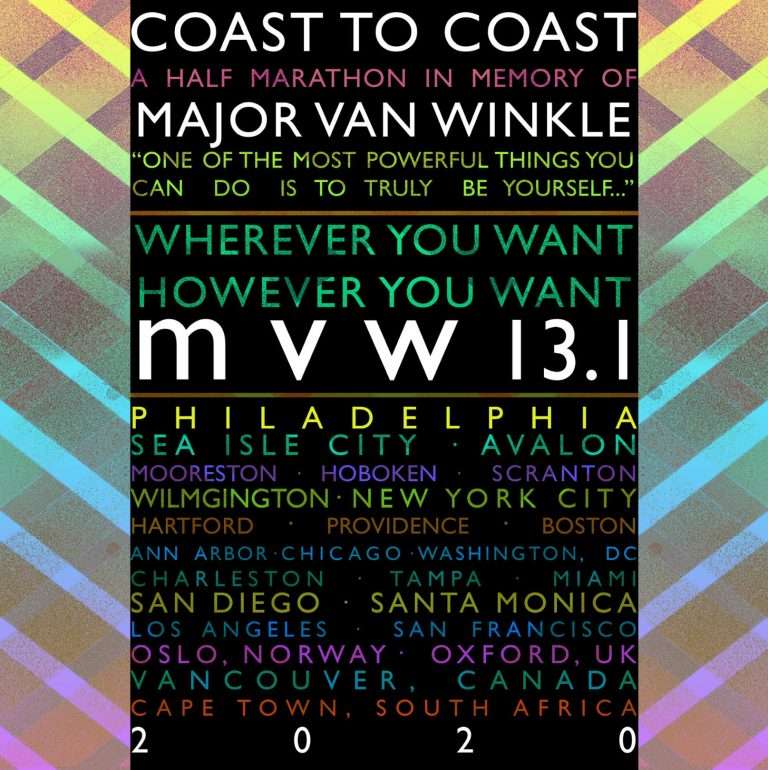 In the end, the Coast to Coast Marathon raised more than $15,000 for Minding Your Mind to provide programs to underserved communities in Philadelphia.

“I always believed in the power of a group of people with a positive mission. However, this event truly brought to light the power and reach of Major’s goodness and love,” Michaela says. “That so many unseasoned runners signed up to honor his memory and contribute to a worthy cause is a testament to who he was and continues to be: a person whose love and passion is far reaching and influential.”

Erin and Michaela let us know that Major’s dad wants to make this an annual event, whether it’s a run or a walk or a baseball tournament. Everyone hopes that next year won’t have to be socially distanced.

We asked them both for a final thought. Michaela says, “I think what I want others to know—what I wish I could tell 15 and 19 year old me—is that life is beautiful, you are so loved, and with the right resources and support, there’s always hope. Also, listen to Major’s music! He was so incredibly talented and put everything into his art. If you’re looking for a place to start, I’d recommend Sacred. You can find it on all major streaming services on the album Be Kind to B Sides. It’s a universal message of love, letting go of ego, strength, and perseverance.”

Erin shares, “I’m very rooted in faith and rooted in imagery. When Major died, it was like I saw a mirror shatter into a million pieces. But then I saw flowers growing through the cracks, embracing the pieces and connecting them again. I learned so much from his death, to reach out to friends now. I learned so much from doing this, what to be grateful for. To think this started with a list of seven names on my fridge and seeing what it became is a testament to what love and God can do. There really can be so much beauty in this brokenness.” 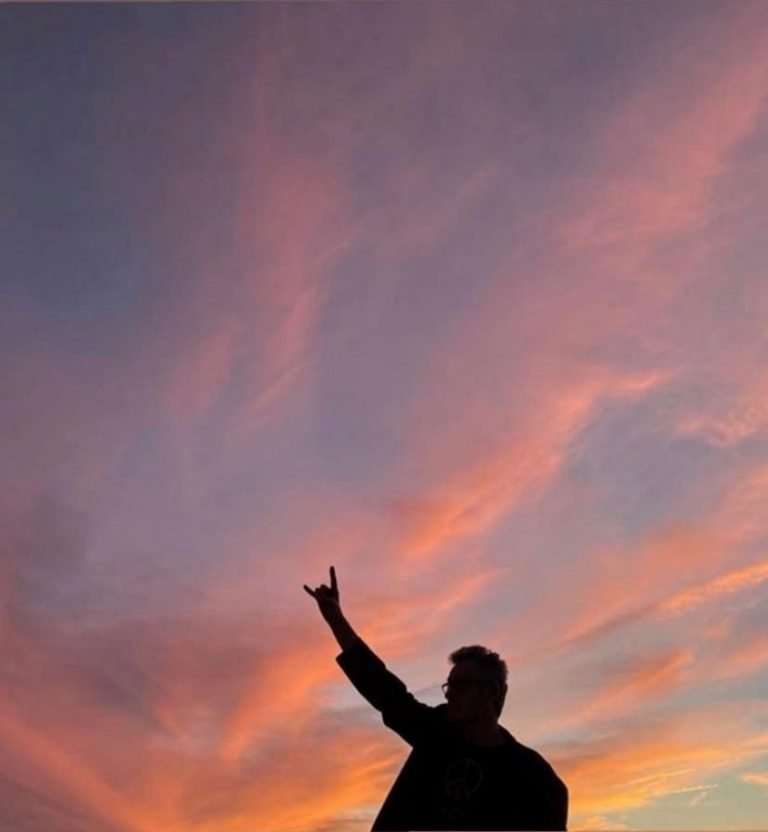 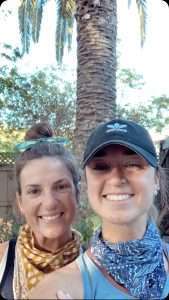 Erin McElroy (L) and her friend Antonia at the start of their run in San Diego. 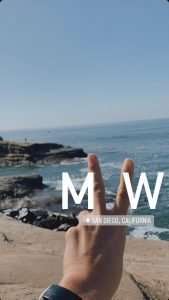 Erin’s photo during her run. 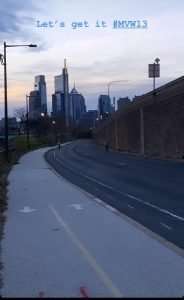 Michaela’s picture during her run. 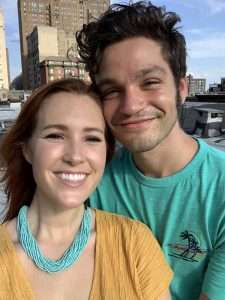